The Fairmont Royal York is considered one of the most luxurious hotels in Toronto and with its hand-painted ceilings, ornate furnishings and crystal chandeliers, it is no wonder the magnificent property has become a popular destination for movie filming. ‘The Tuxedo’ staring Jackie Chan and Jennifer Love Hewitt along with the recent blockbuster hit ‘Red’ with Helen Mirren and Bruce Willis, are two of many examples on the hotel’s growing film repertoire. The hotel even has its very own ‘Film Concierge’ Kolene Elliot, to satisfy the impressive movie-making demand at the property. Kolene, who is as much of a star as the hotel itself, talks to Fairmont about her intriguing occupation… 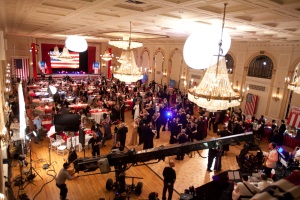 Q: What does a Film Concierge do?

I would say I’m like the Film Commissioner for the Fairmont Royal York.  I follow each job from start to finish: I promote the location, handle the contracts, fulfil specific requests for the crew (i.e. the set department needs a bell cart for the scene), negotiate rates, book space in the hotel, communicate details of the filming to the different departments in the hotel and oversee the filming while the crew is on property.

Q: What are the most exciting and the most challenging aspects of the job?

The most exciting aspect of the job is the fact that every day is different.  It’s a creative industry, the people involved are fun to work with and it’s exciting to watch a script come to life.

The most challenging aspect of the job is keeping that fine balance between the demands of the film crews and the needs of the hotel and guests.  The hotel’s ability to say yes to film crews without disrupting hotel guests has turned The Fairmont Royal York into one of the hottest shooting locations in the city’s $1.2 billion film and television industry.  At the end of the day, however, we are a hotel and it’s important not to lose sight of that. 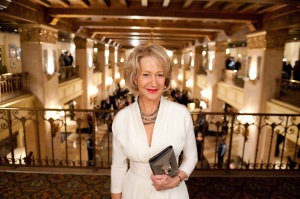 Q: What movies and stars have you worked with?

Most movies you’ll notice are not set in Toronto, so the hotel is almost always disguised, playing locations such as The Plaza, the Waldorf Astoria, the White House, the Federal Reserve, etc – even the Fairmont Chicago in the latest movie set here, Red, with Helen Mirren, John Malkovitch and Bruce Willis!

Q: Have there been any Bollywood films produced at the hotel at all?

Yes, last summer the Bollywood film Thank You, which stared Akshay Kumar was filmed in the hotel’s lobby and on the 16th floor.   The Indian film industry is increasingly using Canada for shoots – it’s a business market our partners are pursuing.

We’ve also hosted many top Bollywood stars that have been in Toronto for a variety of events including Shah Rukh Khan, Amitabh Bachchan, Karan Johar, Abhishek Bachman, Aishwarya Rai, the cast and crew of Slumdog Millionaire, Preethi Zinta and Shilpa Shetty.

Most recently Anil Kapur and Preethi Zinta stayed with us this past January for the IIFA press conference. 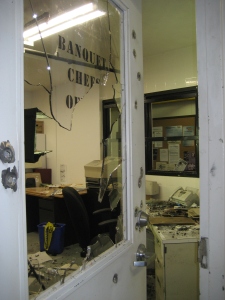 Q: What does “being in the movies” do for the hotel?

The movie business has opened up a new revenue stream for our hotel, offering short-term business and bottom-line revenue.  One film shoot can bring in anywhere from $5,000 CAD to $30,000 CAD plus.

But it is not only financial rewarding for the hotel; both guests and staff love it as well.  While guests can be seen lingering around the set trying to get a ‘glimpse’ of the action, the hotel staff are simply excited to be part of Toronto’s ‘Hollywood North’.

Fairmont Hotels & Resorts is a client of Magellan PR