Between a rock and a hard place

How can you resist an invitation to view a rock shaped like a hen?  So began a visit to the heart of the Regional Natural Park of Haut Languedoc, the largest granite plateau in Europe in Sidobre in the department of the Tarn, Midi-Pyrenees, France.

Some rocks weigh over 900 tons and miraculously balance over a smaller rock, over seven metres high.  What I particularly admired was the way a tree’s roots would encircle a rock, boring underneath it to find its water source.

Nature has a way of overcoming all obstacles including one of the hardest rocks known to man. 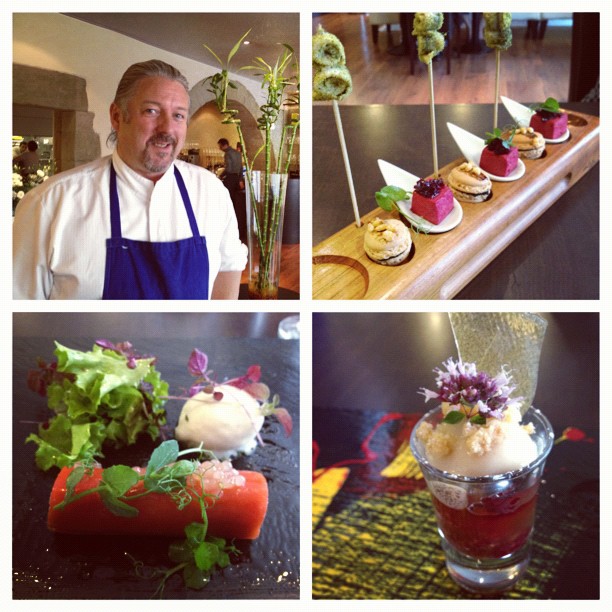 After a good trek around the stones, time for some lunch and where better that Le Bistrot Saveur in nearby Castres, owned by the British chef Simon Scott?  The only English Chef in France with a Michelin star, Scott runs the restaurant with his French wife Marie-Helene and his creations are just superb.  What would you expect from a chef who once worked with The Ritz and was Head Chef at The Savoy Grill,  The Savoy in London?

Reluctantly leaving the restaurant, we wandered around the town of Castres which is a stopping point along a pilgrimage route to Santiago de Compostello.  The heart of the town is its River Agout as Castres was once a textile town which needed a little H2O to operate. Merchants used to hang different lengths of leather and fabrics from the collection of multi-storied, brightly coloured buildings to dry in the sun.  Now these buildings, overlooking the water, are used for public housing.  Amazing.

A good way to see the houses at their best is on the balcony of the Grand Hotel. 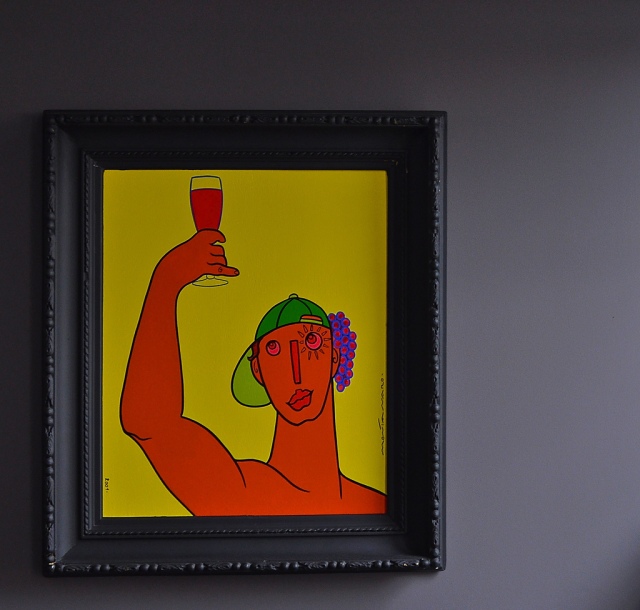 A veritable altar to impeccable taste and contemporary style, the hotel is owned by a husband and wife team who clearly enjoy their roles as mine host.  Overnight rates from around 90Euros.

Another interesting hotel on a slightly lower price point has just been taken over by a young and enthusiastic entrepreneur who has revamped half of the rooms of the hotel in his own unique style in just under a year.  Rates from around 49Euros. 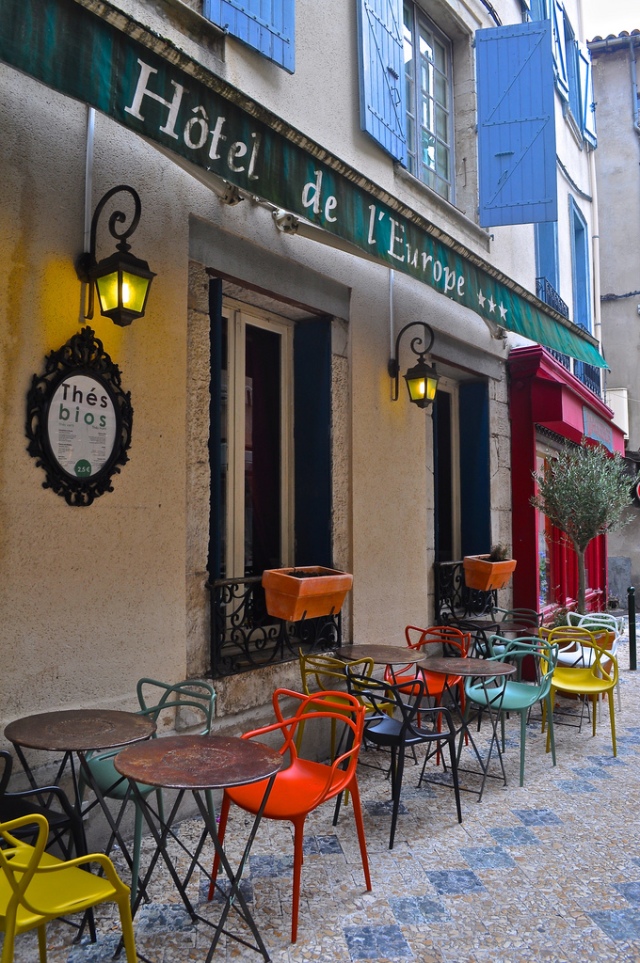 I really liked the vibe of this property – the Hotel de l’Europe – and think that this hotelier is one to watch.

After my hotel snooping, I felt a need for some culture and headed for the Goya and Spanish Art Museum in the heart of town.  Filled with peculiarities of all kinds, the highlights are paintings by Goya, Murillo, Pacheco, Velasquez and Zurbana.  What I particularly enjoyed however was the view from the front door, looking out over the Bishop’s Gardens designed by Le Nôtre.  So peaceful.

I ended my day in Castres by visiting the Museum of Jean Jaurès, the man who apparently has the most roads named after him in France.  A brilliant student and politician, he was renowned by espousing the rights of the working classes.  My Francophile colleague Gillian was beside herself with excitement at visiting the museum and I have her to thank both for introducing me to this extraordinary man.

Magellan PR is on twitter:  @MagellanPR, on Facebook/MagellanPR, Flickr, Google + and Pinterest.  For more information on our company, visit www.magellan-pr.com.  Follow our other blog focussing on travel in the South of England – A3 Traveller.

Magellan Straits showcases the observations & musings from Magellan PR, a boutique travel & lifestyle agency founded in 1998. We post items that are of interest from the clients we promote and from the travels and experiences that we independently undertake.
View all posts by magellanstraits →
This entry was posted in Activities, Europe, Midi-Pyrénées and tagged France, Midi-Pyrénées, Sidobre, Tarn. Bookmark the permalink.

2 Responses to Between a rock and a hard place