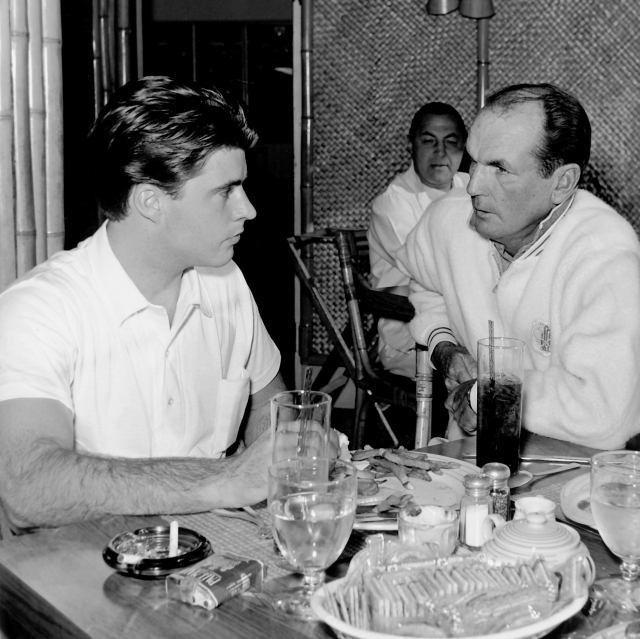 Let’s take a trip into the Rock and Roll Hall of fame! The year is 1987 and there has been a new addition. This is certainly not a ‘Poor Little Fool’ – it is the one and only Rick Nelson!

Breaking onto the scene by playing alongside his family in the long running television series ‘The Adventures of Ozzie and Harriet’, Rick went on to become a huge success playing roles in films such as ‘Here Come The Nelsons’ and ‘Rio Bravo’ where he received a Golden Globe nomination.

Magellan Straits showcases the observations & musings from Magellan PR, a boutique travel & lifestyle agency founded in 1998. We post items that are of interest from the clients we promote and from the travels and experiences that we independently undertake.
View all posts by magellanstraits →
This entry was posted in Art and Culture, North America, Bermuda & Caribbean, Vintage Photo Series and tagged 50 Greatest TV Stars of All Time, Billboard Hot 100, Dave Gillum, Golden Globe, Greater Palm Springs Oasis, Here Come The Nelsons, nomination, Palm Springs, Poor Little Fool, Rick Nelson, Rio Bravo, Rock and Roll Hall of Fame, tennis instructor, The Adventures of Ozzie and Harriett, TV Guide. Bookmark the permalink.